I’m an immigrant, polyglot, naturalised American citizen, one-time London ex-pat with a wide variety of interest from gaming and comics to religion/history and drama/critical theory and from fantasy, middle grade to classic and gothic literature. I speak four languages (English, Arabic, Armenian, French). I come from a family history of genocide, persecution and diaspora on both sides of my family and am myself a war refugee. I am comfortable with a wide variety of accents given my Middle Eastern, Armenian, and South Asian background and upbringing. I’m a trained singer and actor as well as an academic (2 BAs, 2MAs, 1 MFA).

The Arch and the Butterfly by Mohammed Achaari

The Golden Compass by Philip Pullman

The Moonstone by Wilkie Collins

The Namesake by Jhumpa Lahiri

Gardens of the Moon by Steve Erikson 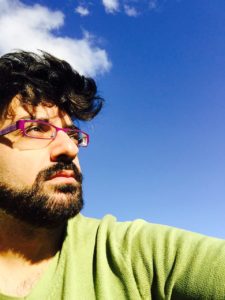 And, yes, I’m an American citizen.